In an unprecedented move, the California State Senate Labor and Industrial Relations Committee, and the California Assembly Committee on Labor and Employment, jointly drafted a set of official correspondence concerning the faculty union election election beginning January 13, 2016, at the University of Southern California.

Signed by Tony Mendoza and Roger Hernandez, Chairs of the Senate and Assembly Committees respectively, the letter to C.L. Max Nikias, President of the University of Southern California, asserts the right of USC faculty to engage in a democratic process for deciding their future, free pressure or intimidation from the University.

“Workers attempting to organize, including adjunct faculty, have sometimes been confronted with hostility and retaliation, or received inaccurate information and deceptive advice… We request that USC remain vigilant in protecting the right of adjunct faculty to decide whether to organize. We look forward to a fair and transparent union election process, wholly free from outside interference,” they conveyed to President Nikias.

In their letter to faculty, the Chairs reference a hearing convened by the US Congress in November 2013 that documented the questionable working conditions faced by non-tenure track faculty at colleges and universities nationwide. The Chairs stress that faculty have the right to employ collective bargaining to address these concerns, and to determine their future through a transparent process that respects faculty voices.

“As it is your statutory right to engage in collective bargaining, we support your effort to make this decision in an environment free from employer intimidation and coercion. Both of our committees will be monitoring the upcoming election to ensure that you are able to make this decision in a fair and dignified manner that respects your wishes,” Mendoza and Hernandez wrote.

View the full letters below: 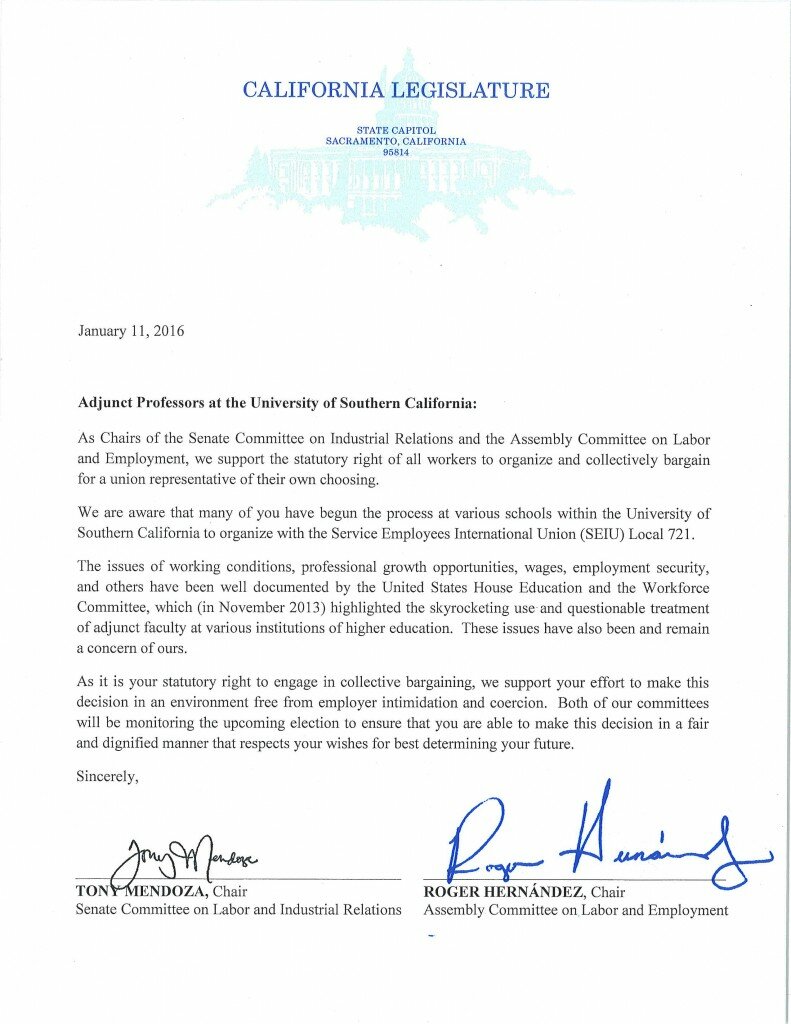 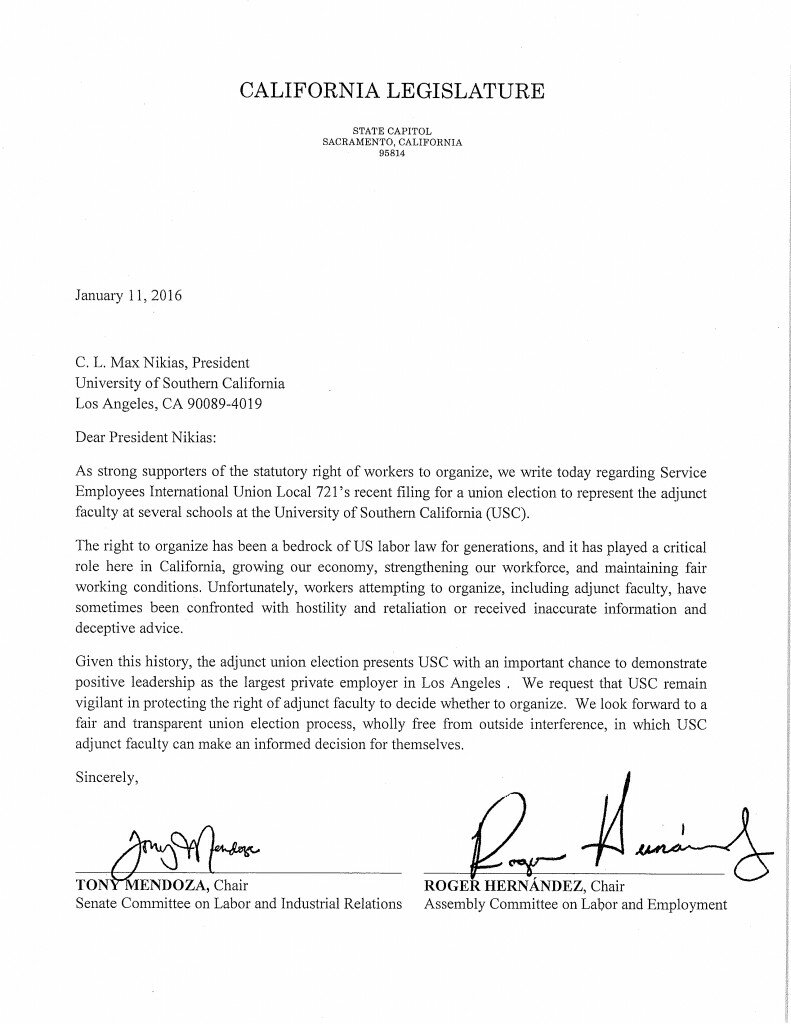